Dividend Blog
You are here: Home / Dividend Blog / Investing / A Defensive Stock With A Generous Yield 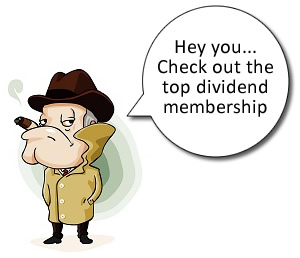 The company is Lockheed Martin (LMT) As you may very well know, the defense sector is a very competitive industry. Contractors consistently try to underbid each other in order to gain access to lucrative government contracts. Lockheed Martin derives the bulk of its revenue from military sales to the government. 70% of the company’s revenue comes from defense spending alone. The main competitors in the industry are Northrop Grumman, Boeing, and Raytheon.

The biggest concern for the industry is government cutbacks. The federal government is expected to cut back on federal IT spending and combat machine spending such as strike fighters. The government has been shifting from higher margin aircrafts to lower margin aircrafts. Lower defense spending would directly impact the company’s revenue stream. The company should be okay however since it still has a sizeable backlog with over $70 billion dollars in orders.

Shares of Lockheed Martin appear undervalued at under $70 per share. The stock is trading right in line with its historical and future growth rates. The company has been able to grow earnings at an 8.5% rate over the past five years and is projecting 8% growth over the next 5 years. This is cheap considering that many competitors shares are trading well above their growth rates.

Lockheed Martin is worth owning for the dividend yield alone. The stock has a 4.3% yield which is nearly twice its historical 2.2% yield. The company has been returning cash back to shareholders by bumping up its dividend yield over the past few years. Investors have no reason to worry about the safety of the high payout since the company only pays out 34% of earnings via dividends.

Value investors looking for a long term stock with a dividend that is likely to increase over the next few years should turn their attention to Lockheed Martin.