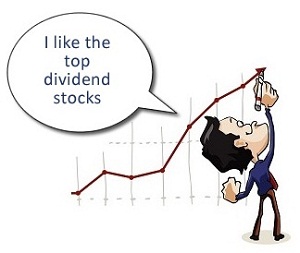 One of America’s oldest and most prestigious companies has become an accidental high yielder. General Electric (GE) was founded by Thomas Edison back in 1892. The company has been a fixture on the Dow Jones Industrial Average since 1896. Today, the industrial conglomerate is a $165 billion dollar company with nearly $157 billion dollars in revenue.

GE has over 300,000 employees and is the second largest company in the United States. General Electric has its hand in just about every area of the U.S. economy. It is one of the most diversified companies in the world. General Electric owns GE Capital, GE Energy, GE Technology Infrastructure, GE Home & Business Solutions, and NBC Universal.

Despite its iconic status, the stock has been a terrible investment since CEO Jeff Immelt took over. The company became too big and bloated suffering through its worst performance ever. General Electric shares have declined 55% over the past 5 years. General Electric even cut its dividend last year for the first time since 1938. The dividend cut was prompted by a move to conserve cash and maintain its AAA credit rating. The company lost its AAA credit rating anyway and things were darkest at GE in the spring of 2009.

But things finally appear to be changing at GE. General Electric is seeking to become a much leaner company. The company has been making moves to divest itself of its industrial and consumer businesses over the past two years. The company is turning its focus towards energy and healthcare. GE is still awaiting regulatory approval of its sale of NBC Universal to Comcast Corporation. GE has also been cutting the size of GE Capital by selling off assets and reducing the unit’s leverage. The financial arm of GE almost brought about the company’s collapse during the crash of 2009.

GE has done an excellent job of writing down the bad loans in it portfolio and increasing its cash reserves. The company expects to have a $25 billion dollar war chest on hand by the end of the year. GE recently increased its dividend last month to 48 cents per share and the company is so flush with cash that it is re-instituting its $15 billion dollar share buyback campaign.

GE is often compared with other financial companies due to the size of GE Capital. However, the market appears to be making a big mistake. GE is more than your typical finance company. The company has great growth opportunities domestically and internationally in the energy, healthcare, and industrial sectors. The conglomerate is investing heavily in renewable resources, turbine technology, appliances, and aircraft engines.

The stock now sells for $15 per share and is currently yielding 3.1%. The stock currently trades at 13.5 times this year’s earnings of $1.11. The company’s earnings declined 13.5% over the past 5 years. The good news is that earnings are expected to grow 10.5% over the next 5 years. Dividend Investors are getting a chance to buy an American classic at a bargain price.