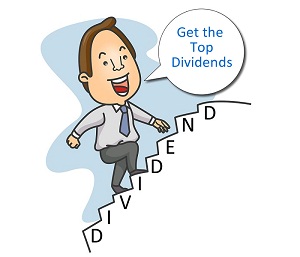 Qualified dividends are currently a subject of frequent discussion in the national news media, especially in relation to the future status of US federal government tax cuts. The IRS (Internal Revenue Service) classifies these dividends as dividends meeting certain requirements that allow them to be taxed at the lower long-term capital gains tax rate rather than the higher rate, according to an individual’s yearly income. Because Obama reached a deal with Republicans to extend the Bush tax cuts the current rates will stay in place.

To satisfy the necessary criteria to be taxed at these rates, dividends must be paid on a date falling between January 1, 2003 and December 31, 2012. They must be paid by a US corporation, a business incorporated in a US possession, or a non-US corporation in a country qualified to receive benefits according to certain stipulations of a US tax treaty. Such dividends can also be paid on a non-US corporation’s stock which is eligible for trading in the US stock market. Also, the taxpayer must have held the stock for greater than 60 days during the 121-day requirement period. When calculating the number of holding days, count the day the stock was given up by the taxpayer, but not the day he or she originally acquired it.

The Bush tax cuts have been extended until 2012. Unless Congress votes to extend the Bush tax cuts (which became law during the administration of former US President George W. Bush), or passes other legislation to maintain current or similar tax rates on these dividends, these rates will change. After December 31, 2012, dividends of all types will be taxed at the rate of ordinary income, with income tax rates reverting to the rates prevailing in the year 2000. In fact, the maximum tax rate on dividends will soar to 39.6%.

The only fact that is certain today is that tax rates will increase for everyone concerned unless Congress takes action again in 2012. Decisions must be made and agreed upon by Congress and the President. Let’s hope they decide on a tax plan including multiple income brackets and qualified dividends which is agreeable with US taxpayers’ paychecks, profits (or losses), and pocket money.